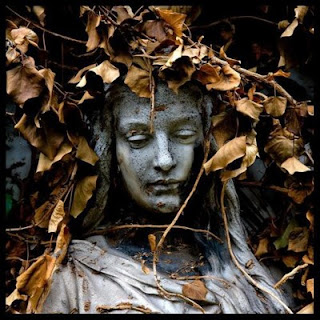 ‎"I saw old Autumn in the misty morn
Stand, shadowless like Silence, listening
To Silence."
- Thomas Hood
Posted by Cyn at 5:07 PM No comments: Links to this post

Posted by Cyn at 7:48 AM No comments: Links to this post 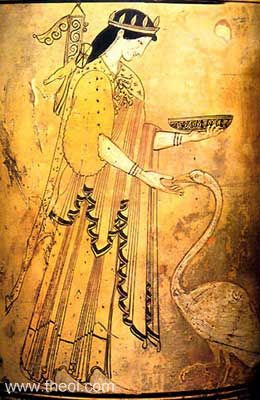 It's been a strange year. Looking back, it seems that the overriding theme has been animal rescue. It started with a little dog found in the middle of the road licking ice. His fur was matted and frozen and he was soo cold. We ended up finding his owners, after making numerous phone calls and without the help of the local Dog Warden or the Village Police Department. Apparently, they have more important things to do.

A little later in the winter, a yellow kitty showed up in our back yard. Friendly as could be, I hesitated in taking him in as we have a 12 year old Ragdoll, who doesn't get along well with other cats. The yellow kitty stuck it out, and when the weather turned bitter cold, his persistence paid off. We brought him in the house and after a couple of days, all hell broke loose. However, over time, our two male kitties have found a way to co-exist under the same roof. We still have our moments, but it has worked out well. When they think we are not looking, they curl up together and if we should happen to catch them in a harmonious state, they awaken and immediately start batting at each other.

All was quiet until late Summer, when we were living at the Lake. We had horrible rains and when Irene decided to add to the wet, soggy weather, the dam to the Lake was opened to let water out. A day later, we learned there was a Loon caught in the spill off under the dam. If you know anything about Loons, you understand that they cannot live on land and they need the length of a football field to get high enough to fly. I called the DEC, who promptly put me in touch with a man in Wildlife, who told me he would get in touch with Loon Rescue. Later that day, I received the call from Loon Rescue and was assured someone would get in touch with me. Next day, the water in the spill off was markedly lower. As the dam had been wide open, there were no fish in the spill off for the Loon to survive on. More and more people were gathering at the site and scaring the Loon and he was attempting to fly out over the dam over and over, which he was unable to do. He was clearly stressed. I called the lady who was going to send someone to rescue the Loon and gave her a status report. Next day passed, still no help. It looked like the Loon was on his own. I once again called Loon Rescue and was advised by the same lady that she was located 4 hours away, was going through a very stressful month and would try to reach someone to come out the next day. At that point, 2 nameless individuals decided they could not standby and watch the Loon suffer and possibly die. After dark, armed with a huge net and a flashlight, these two brave souls waded into water up to their waists, water that contained large snapping turtles. One shone the light in the Loon's eyes and the other was able to net him on the second try. They immediately took the Loon to the nearby boat launch and away he went, while making the noises only Loons can make. We took a trip around the Lake the next day and sure enough, there were the mother and father Loons, swimming with this year's baby. It was a successful rescue! The reason these two heros shall remain nameless is that the DEC is now attempting to find out who saved the Loon so that they can arrest them for something or other. I should think they would give them a medal. Another failure of an entity created to protect wildlife,once again dropping the ball.

Our last rescue was one week later. We spotted a homing pigeon walking up and down our road, picking at gravel. At this point, we wondered what was going on in our lives. The pigeon had two bands on her legs, so we did some searching on the internet and decided to leave her alone for a few days to see if she would fly home. By day 4, we decided we had to help her. Using a cardboard box loaded with a neighbor's wild birdseed, she went right to the food and into the box. We wrote down the markings from her leg bands and were able to locate her owner on the Internet. The bird was from Burlington, VT and had been let go in the Champlain Valley. We were told that once a bird wanders into the Southern Adirondack area, the lode stone that is so prevalent here interferes with their navigation system. Her owner drove down after work on Friday night, had a bowl of Chili with us and gave us a very interesting history of the sport of racing pigeons. He said if we hadn't called him, the bird would have died.

It wasn't until we saw the lost the pigeon that I realized we had been rescuing animals and birds for the better part of the year. Looking back, I am amazed that we had helped 4 different species. I cannot remember any year in which we helped more than one animal, let alone four. I wondered what it was that made this year so different and I still wonder what it all means.

I feel very grateful that we were involved in these rescues, especially as they were all successful. I imagine that the Universe is tying to tell us something and sooner or later, I will figure out what that is. In the meantime, I can't help but wonder if there will be any more rescues in our future. I kind of hope so.
Posted by Cyn at 8:58 AM No comments: Links to this post